Tech remains an all-boys club – but time is ticking. 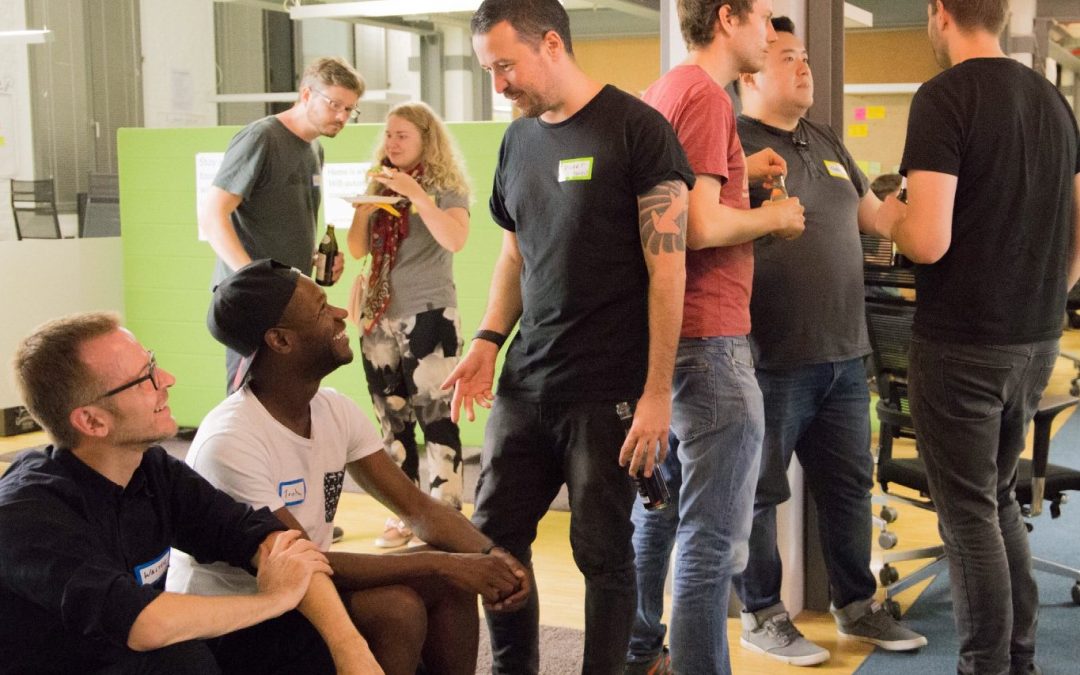 Last January 31st, APX hosted our first Get-Together of 2019, on the topic “How to improve diversity in startup investing?”. At the headquarters of the Berlin startup accelerator, a panel of four experts on tech and investment told us all about their experiences and discussed future prospects.

Diversity in the tech world has quickly become one of the most talked about subjects of the past decade. As we push towards a thrilling technological era, we’re still observing a clear dissonance between the industry’s founding pilar – the advancement of human society – and its circumscribed core mentality. How can we hope for great technological improvement in the near future, if our inclusion policies are still clinging to the past?

The statistics have spoken: the 93% vs. everyone else.

A 2018 study, conducted by the State of European Tech, found that an outstanding 93% of the capital invested into tech companies went to all-male founding teams. On the other hand, it’s common knowledge that companies with women CEOs (Fortune 1000) perform about three times better than the S&P’s 500 (Quantopian, 2015).

Furthermore, when it comes to minorities, the statistics for Europe are borderline nauseating: over half the people of black, African and Caribbean ancestry have experienced discrimination, followed by a third of Asians. Likewise, one out of ten LGBT men also report sexual discrimination in their workplaces.

As one would expect, living in a racist, sexist, classicist and homophobic society floods all realms of our daily lives, and the omnipresent tech scene is, by all means, not immune to this. Cassandra Pope (Senior Digital Experience Program Manager at Zalando), puts it this way: “inclusion means that this group that should be represented has a seat at the table. (…) It’s one thing if a company says ‘we’re diverse, we have all these nationalities, we have all these women’, and then you look into the glass window of meetings with the VPs and it’s all men. For me it would be inclusive if someone like myself, a non-white straight man, had a seat at that table and a voice at those discussions”.

“It’s one thing if a company says ‘we’re diverse, we have all these nationalities, we have all these women’, and then you look into the glass window of meetings with the VPs and it’s all men. For me it would be inclusive if someone like myself, a non-white straight man, had a seat at that table and a voice at those discussions”.

Like most epidemics, the lack of diversity starts at the root: with investment.

Some say that a startup is only as good as their service’s potential to revolutionise the current market. Others would shift the focus to its founding team. Our speaker Joerg Boldt, the founding Managing Director of APX, lays it out as follows: “Humans have really good ideas and whenever I have the chance, I just want to (…) allow potential to develop. And what we try to do here, with a little bit of a romantic idea, but also with that hardcore capitalist idea, is to invest in the right humans who have good ideas (…). We just need to find the right people to invest in.”

Of course, like Joerg said, this is quite the romantic approach. We’re all creative beings, capable of the most astounding ideas, but the world isn’t all rainbows and sunshine, and creativity can only take you so far. Most times, what determines whether you move further up the ladder is the tone of your skin, the people you fall in love with, the way your present your gender, and not your hard work or your brilliant concept. Ascending to the place where you can actually launch a startup, and present your goals to investors, is a lottery of multiple factors, and the lack of an “impressive” educational background can take a big toll on that climb. A founder in the audience specifically remembers a negative experience with a Berlin investor, since nobody on his team had gone to Stanford. In response, he stated that a co-founder went to the best university in India which, according to the investor, “doesn’t count”.

From the investor point of view, speaker Judith Dada’s method for guaranteeing diversity lies in a mix of ingredients: analysing communicative patterns, accounting for social backgrounds and adjusting one’s mindset of looking through that. “For a certain type of founder, you need to develop this bullshit radar, and then for other types of founders you see the potential and you (…) even help them to kind of activating it within the conversation”, says the Principal from La Famiglia.

How can investors and startuppers join forces to combat inequality?

At some point, Joerg offers networking as a means for people to know which accelerators and VCs are the best to approach. “Come to an evening like this, talk to people here. Ask them ‘what are your experiences with investors’, ‘who should you pitch to’, ‘who are good investors.” Whereas this is good advice, it’s still not a solution.

Truth is, diversity statistics don’t alter themselves by others saying “just go and get a better education”, “just go and found your company”, or “just go and network”. Networking, for example, appears to be a simple notion, but not everyone has the same entry points, or the same sustenance from the people that surround them, in order to better take advantage of these opportunities. Similarly, as the people before us have paved the way for a more inclusive industry, they have also motivated the next great generation of founders to follow their steps – seeing yourself represented is essential.

In 2018, 45% of European female investors did not find the tech industry inclusive. Jag illustrates this with a very common practice: asking different questions to young entrepreneurs based on their gender. “When a woman is presenting her startup, the questions are a little bit more negative in terms of ‘how will you make sure you don’t lose (…) this market?’ versus questions that were pointed towards males, which was a lot more ‘ok, how can you take this from 20 thousand to a 100 thousand?” The Angel investor claims that the industry has already acknowledged this phenomenon, and has tried different solutions to fix it. Inversely, when you’re asked a negative question, Jag also says you should highlight that you have a completely unique experience from your competitors.

So does this actually mean that you should come out during a pitch? While being honest about your background can be interpreted as brave by the rare few (according to Jag, at least), our moderator Katie Campbell has a different take on the matter. “I know that for VCs [being gay], it does matter (…), people are very conservative.” The Head of Brand and Communications at APX says she has met VCs who were uncomfortable with her being gay, something she “doesn’t really advertise”. So while she thinks that you don’t need to state your sexuality at a pitch, it’s still “a hindrance, because people know that if they come out as gay, they might not get funding.” Another unicorn, who is a gay VC partner, has a more positive outlook and reinforces that founders only need one investor. “I can go to LPs, which are more conservative than VCs, and tell them: we are actually trying to solve diversity. And we’re not a diversity fund, we’re a tech fund”.

Promptly offering his perspective, an audience member tells us that we’re seeing things from the wrong prism, as if there isn’t much to be done on the founder side. He provides the American example, saying that it’s always been difficult for minorities to get VCs to listen to them, and what changed it was a combination of aspects, amongst them government involvement through affirmative action policies. “It’s the same phenomenon but on a VC scale”.

Last year, only half of European tech companies had a diversity and inclusion policy. “Inclusion means living the struggle”, says Judith. “It’s not going to be easy. ‘Yesterday we weren’t inclusive, today we are inclusive’. It’s a fight (…) and it takes energy, but people willing to do that will reap the benefits from it”.

For the investor community, spending more time with diverse founders and expanding standards can actually have the biggest impact. “Even if their vision is not as bold as other founders’, there is still potential to be reactivated, even if it takes longer”. On an institutional level, we could also rely on early education and government action; for example, Joerg proposes that our children learn about digital literacy and entrepreneurship at school.

On the other side of the table, founders are advised to do solid research on the investors they approach, to network frequently within the circles that better fit their goals and, especially, to be bold and proud of their background. By shining a light on your unique perspective, you can let the investor know what sets you apart from the next entrepreneur.

In the January 31st Get-Together at APX, we actually reached a unanimous conclusion. “To create outliers, you have to be able to identify the differences in people and bring them together”, says Judith. “No one looks like the next great entrepreneur, and we need to widen the net of what we deem is excellent, in order to find (…) the next great unicorns.” 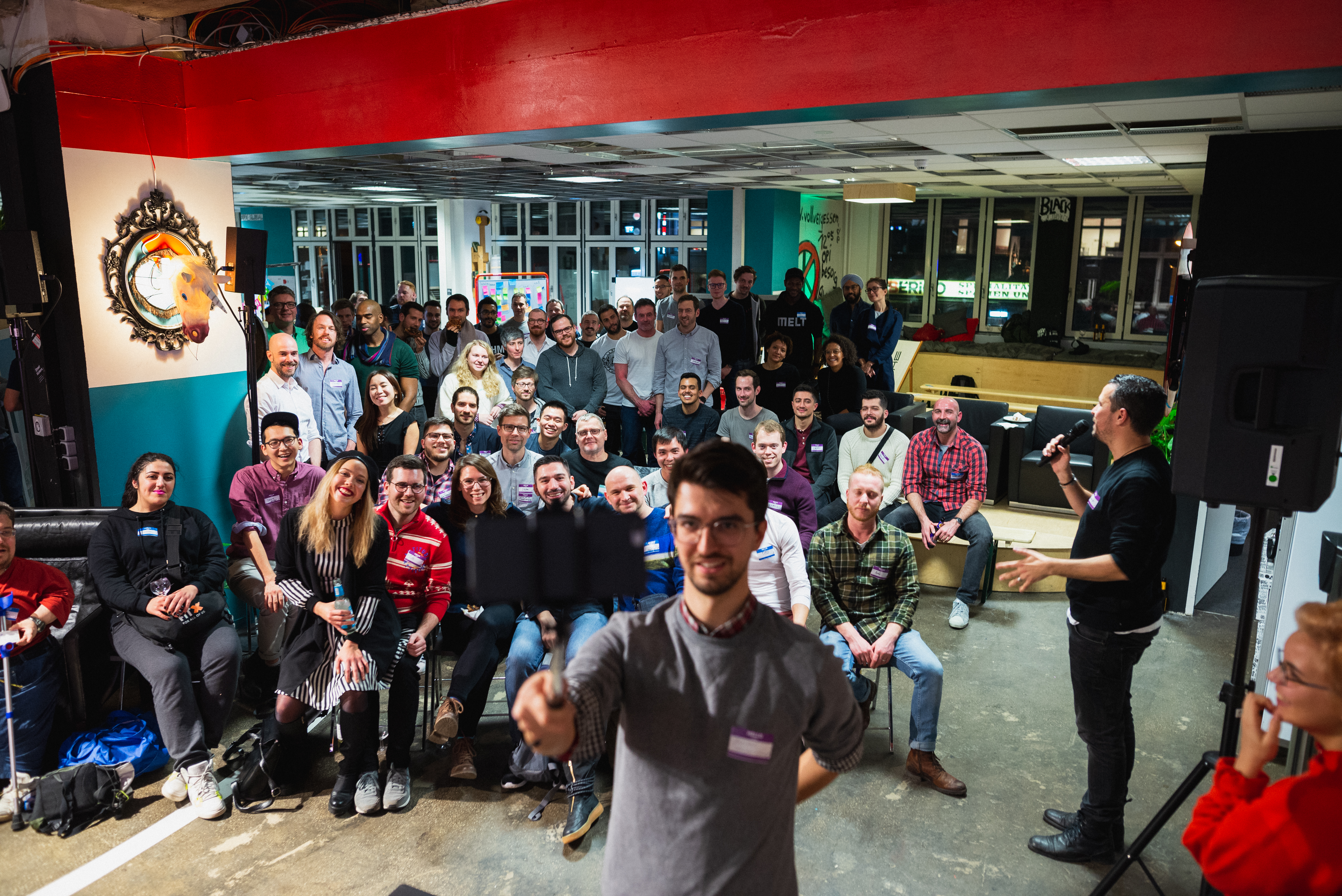 Unicorns in Tech is a global network for the LGBT+ tech community. It’s the ideal place for anyone interested in technology and tech science, whether they are an industry professional or a casual enthusiast. From creative to nerdy, our mission is to connect and inspire.

On a monthly basis, we organise get-together events, hosted by proud companies. Our next events are in Düsseldorf (METRONOM, February 19th) and Berlin, for a LGBT+ Women Special Edition (PROJECT A, March 7th).